I had a dream…

I woke up just after midnight – the time on the clock stood out to me. I also woke up squeezing the covers in my hands trying to kill the lion (thank God Eddie wasn’t near me – I could have hurt him in my sleep).

So the dream took place in LaGrange in the exact house where I grew up from age 8 – college. I was married to Chuck, and we were living there. We had a dog that was older and big…he was laying across the street in the neighbor’s yard (much like my childhood dog used to do). I glanced out the window as I was just going about my business perfectly content when I saw a lion outside.
It was mangy looking. At first glance I saw hanging in its mane just below the head on the front of the neck, a skeleton with valves hanging from it (like heart valves – a red one for sure…maybe a yellow one in addition. There were 2 valves). Then the lion turned around and the same skeleton and valves were in the hair around his tail. The first thing I thought was that lion is going to kill my dog. I started yelling for Chuck and ran outside to get my dog inside…it was a race to beat the lion, and I was frantic. Chuck never answered or acknowledged me. I tried to get the dog to run, but he wouldn’t get up at all – no sense of harm or urgency. So I started pulling him, but he was too big, and I couldn’t get him to come – all the while the lion was approaching. I was still screaming for Chuck and looking at the open front door and nothing – Chuck was nowhere to be found.
I put my arms around the dog when all of a sudden the lion was in my face. So it was me with my dog in my arms – my dog’s head by my head and the lions head by my dog’s head. I was so scared because I knew he was going to kill my dog (I wasn’t concerned for my own safety). Next thing I know I decide I have to try to kill the lion even though I think it’s impossible. I start grabbing for his throat and saying to myself that I can do it, I can do it (because I hate to harm anything and it was gross, but I was desperate). Then I woke up grasping the covers thinking it was the lion’s throat.

This dream was stock piled with revelations – the answers to years of prayers. God showed me through this dream where the irrational fear and anxiety that I have felt since childhood was born. The fear ended after this revelation. Through this dream, God connected me to my father in a new way…for the first time I felt a connection to him as an adult even though I was 8 when he died. Through this dream God showed me just how discerning I have always been even when I was too young to understand it. This dream set me free on so many levels, and I’m so thankful.

My Tweets
Join 158 other followers 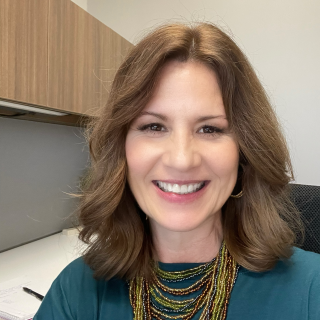